SPACE OF EXTREMES-A spa located in the vast, open tundra outside Tomsk, Siberia normally calls for a black box: a highly artificial condition cut off from its context.

Inspired by the surrounding landscape of subtle undulations and changing seasonal appearance, we opted instead for a building that is characterized by a dialogue between its tropical interior waterscapes and the frozen context.
This approach goes beyond the familiar escape into a tropical paradise; it choreographs the experience of both worlds side by side, intensifying through juxtaposition, more akin to the contemporary virtual reality of zapping through TV, choosing an eclectic soundtrack on an Ipod or flying from Moscow to Crete in less than 3 hours.
The project offers glimpses of the external reality as if through eyes fluttering in and out of a daydream. When sipping a Pina Colada on a deckchair next to the pool, the Tundra has never looked so good.
ELASTIC MESHWORK OF PARAMETERS-The project was developed using a parametric design strategy that overcomes the unilateral and inflexible scope of a traditional architectural proposal. This approach enables new variables and changes to be incorporated in the generative design process, whilst retaining an overall conceptual coherence.
INDEX OF FLOWS AND ACTIVITIES-Much like natural formations, the project's morphology is shaped, in-formed and differentiated by processes. Movement becomes both a witness and active stimulator of further activity.
The result is a spongy tissue with a series of outside pockets that introduce the reality of the Siberian climate as snow-filled 'exponents' within the tropical reality of the interior. It is topographically organized with water chutes carved into the undulating ground plane rather than floating in the air. Hence the spaces are organized and experienced as landscape, inviting exploration and discovery. 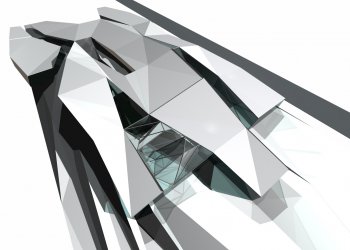 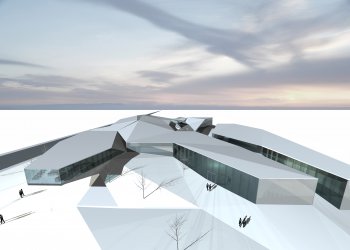 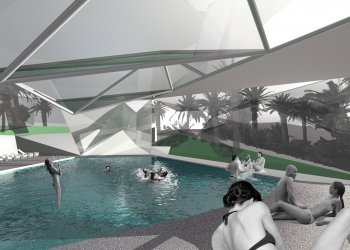 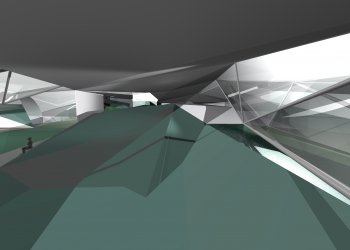 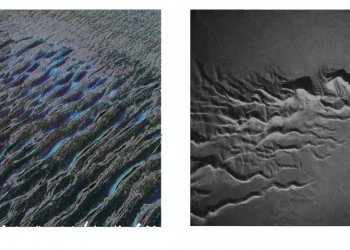 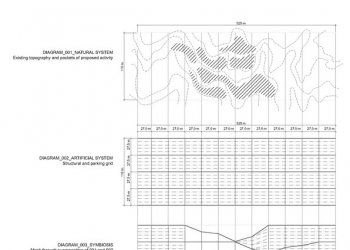 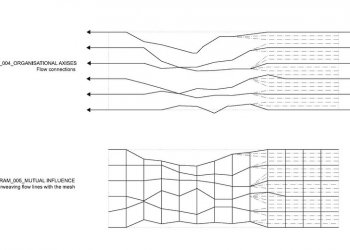 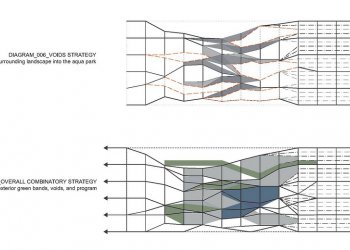 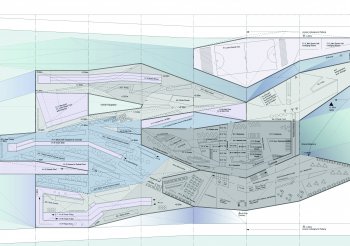