Xi’an Eco-park is part of a district located in the newlydeveloped region of Xixian City. The project includes two maingates to the park and a restaurant, acting as a focal and referential point within the landscape.

To achieve this symbiotic relationship, our main concern was to develop a language compatible with the landscape, such that the architectural event takes place as a consolidationor intensification of a (various) moment(s) within the park. The design, hence, is triggered by the desire of building, a dialogue between the landscape and its architecture, and an exchange that can build local specificity generating a sense of strong identity. Such identity, however, instead of relying on iconoclastic imaginary, finds its articulation in its placing within the site, stretching its boundaries onto the ground and producing a woven linkage with the landscape through elongated transitions –both spatial and functionally, it (re)defines its context and creates a new environment. More specifically speaking, the design of the gates was generated through the tension of the curves, that whilst flowing along, twisting and twirling, project a series of surfaces: a three-dimensional ribbon. The final morphology is produced through the movement along space of those splines. As the extension of the ground, the gates stem from it, flowing uninterruptedly and creating subtle shifts along their trajectory. With the lawn (landscape) gradually turning into steel (architecture), the figure-ground relationship is alteredand blurred to produce a moment whose body does not possess a footprint, but rather proposes a trace of an action taking place within the ground, cutting it and lifting it. The material implementation of the gates follows the simple moves of the surfaces (described by the splines) to which we assigned two contrasting finishes –yet of the same material (oxidized steel and shiny steel), to intensify the difference of faces’ effects whilst keeping an integral image and the overall consistency. The transition from one surface to another occurs along space–through the torsion of the splines and faces–and its perception depends on the viewpoint of the gaze, acquiring a kinetic feel as if transforming between states of the same matter. In both instances, despite local differences driven by different requirements, the gates’ morphology and their materialization remain consistent, as per the resemblance of two sisters. 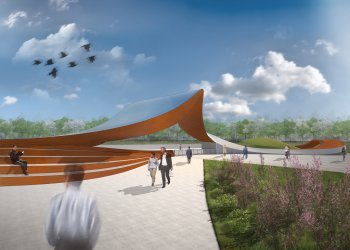 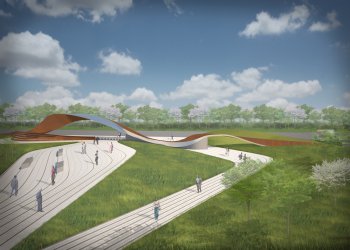 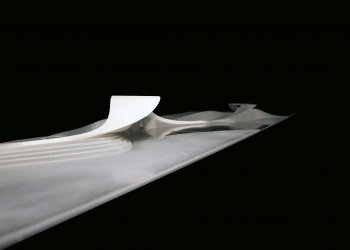 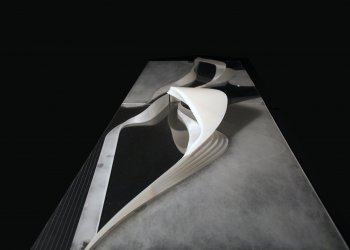 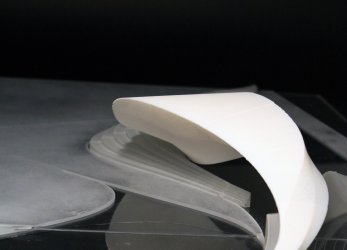 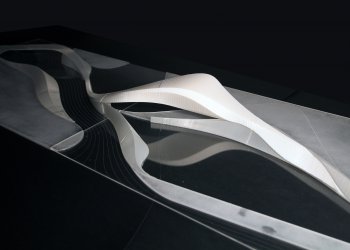 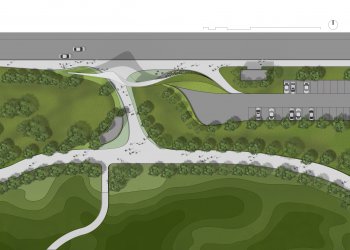 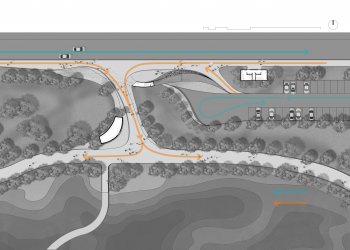 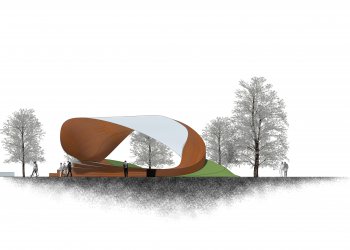 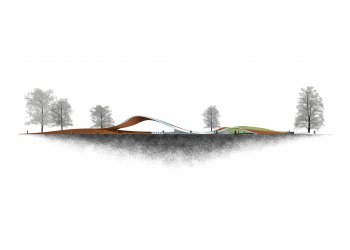 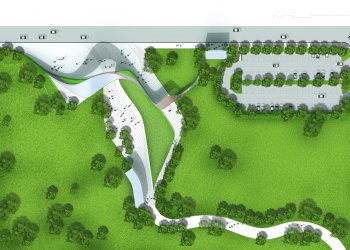 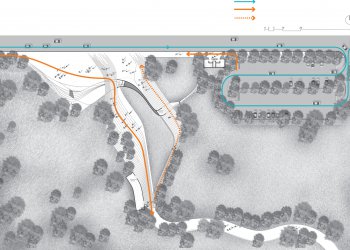 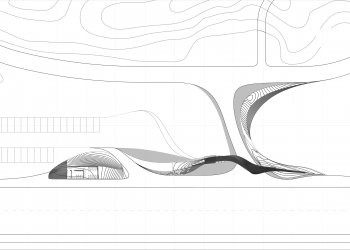 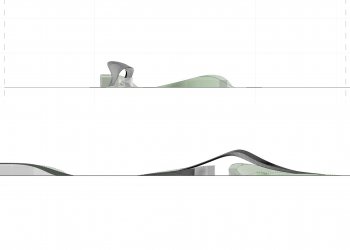 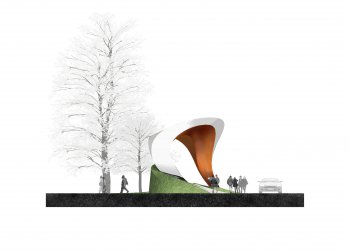 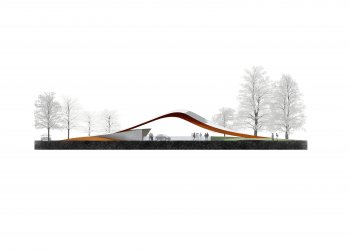 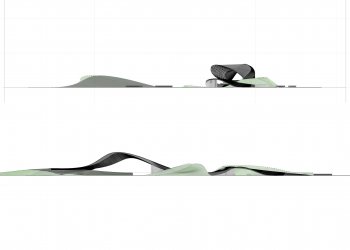 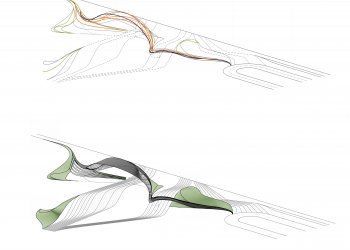