Landmark or camouflage? Continuation of the environment or a deliberate contrast? What is "reasonable" in this extreme environment?

With the design of the Schwarzensteinhütte Mountain Hut, we have consciously decided to create a building that appears, at first glance, to be part of the surrounding landscape. In keeping with nearby residential communities, the volume was turned up slightly to catch southwestern sun, energy, and views of the valley and former refuge hut.
The new hut stands high, higher than its predecessor, not in an imposing way, but rather as a visually integral part of the local mountain range. A rock-based pedestal emerges as a continuation of the natural topography. The prefabricated structured is wrapped in a wood shingle skin. Weathered over time, the refuge’s facade will disappear into its environment.
The volume remains simple in its form, yet different from every angle. The building steps back to create a protected entrance to the main floor where views can be enjoyed behind a glazed facade. On the upper levels, small openings in the facade communicate a closed, rock-like aesthetic. 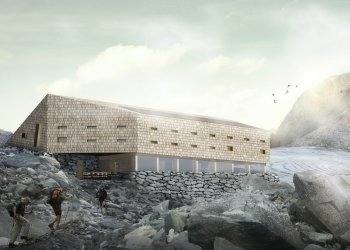 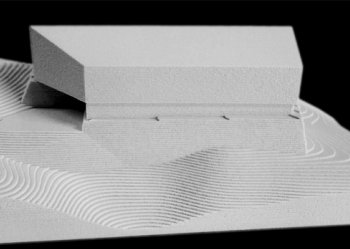 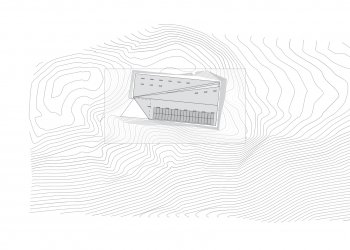 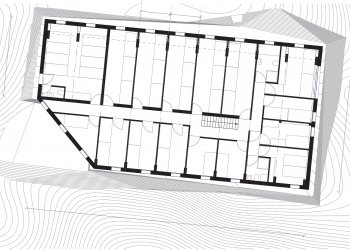 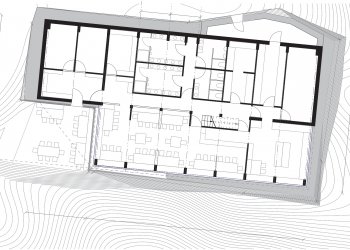 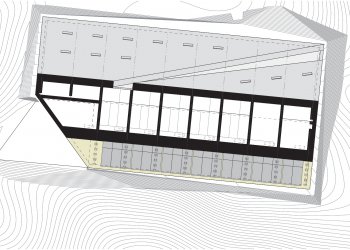 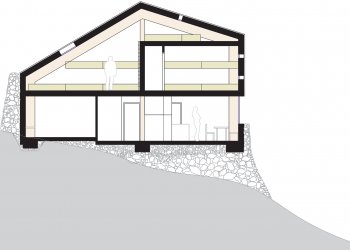 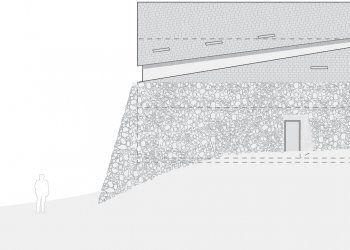 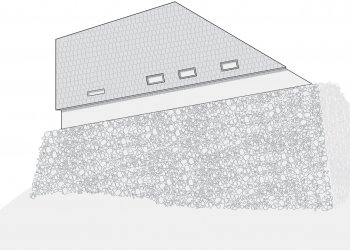