Throughout history, man has used the stars as a reference to his location. The mystery of the stars–each a symbol of man’s dreams and potential–began to unfold as his tools progressed. Spatial mapping led to the discovery of new lands, kingdoms and empires, expanding knowledge throughout the world.

Today, the Burj Khalifa has achieved the seemingly unachievable, climbing higher than any building in history. But while this technological feat has been realized, the stars above remain unchanged. Celestial Fabric brings five heavenly bodies down from the skies. As the system ascends through the lobby, paths multiply to create a dense network of shimmering lights that seem to continue to the heavens.

Celestial Fabric is an interconnected spatial network consisting of mirror-polished stainless steel components hanging in a cable-net structure. The cables hang from a complex geometric net generated from two-dimensional Islamic patterns, rendered in three dimensions within the vertical space. The sculpture connects to the lobby structure at five points, while cable strands descend and connect, terminating at five points above each reflecting pool. This branching network allows for both spatial complexity and maximum structural efficiency.

The component design is generated from a series of pentagonal geometries–reinforcing the importance of the number five in Islamic culture. By combining a series of two-dimensional pentagons into an extruded three-dimensional form, a singular element is designed with a specific geometric rationale.

With fabrication in mind, each module can be folded and joined in groups of three, where complex crystalline patterns emerge.

Lighting is fully integrated with each element containing a light source that is supplied and controlled individually via the cable network–enabling fluctuating, complex effects and ephemeral patterns to animate the space. 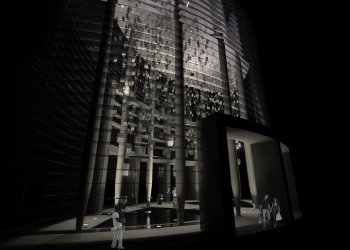 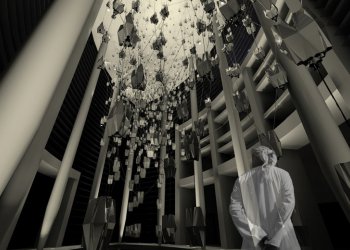 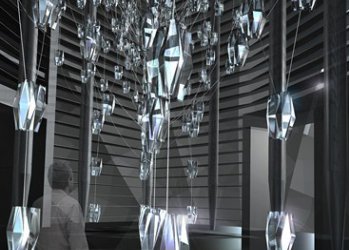 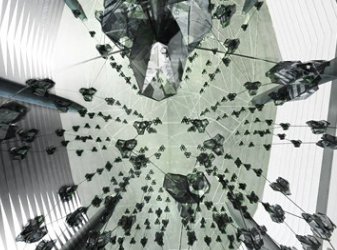 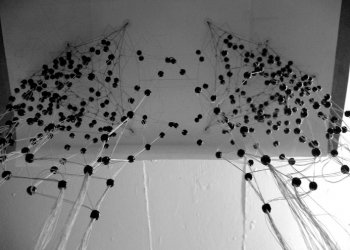 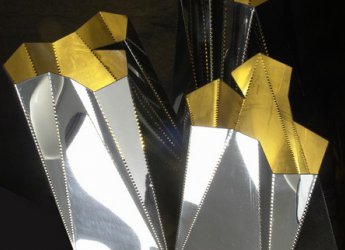 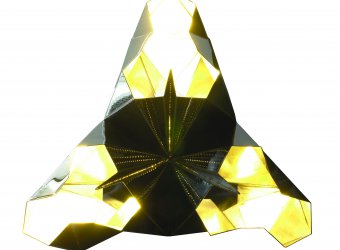 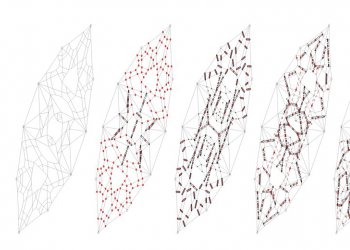 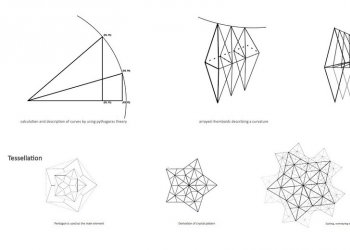 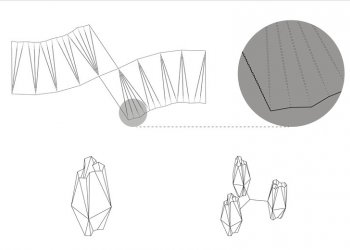