In the Frontsea landscape and greening planning, we believe the key element to create various landscape spaces in the green grid building, which could work to avoid the repetitive and dull fullness space.

It is not only expanding the green space near the greening belt, but also design these green spaces particularly based on the zoning code and urban infrastructures to archive a service lead landscape urbanism.  With the four typologies in this site: housing, commercial, tourism and office, we are able to design the site with the support of pragmatic design approach and the power of programming language, which would fully considered the zoning codes and the linkage to greenbelt to achieve a better efficiency. the Hydro system as a sub-system of this landscape planning would also play a key role. The early proposal is to using wetland cleaning system is replaced by branch like hydro system due to the economic and construction limitations.  The new proposal would draw the design attention back to the green finger itself. Meanwhile, the green finger would become the  most lively space in the area. As the one third of the site area will become green spaces. In a world with low-carbon in its fashion, the environment friendly way to sustain the site would be using recycling the water from the site for irrigation. However, it is also the biggest challenge to the hydro system.  The Key is how to design a ground structure to collecting the sewage water in the nearby areas.  The architectures in the site have been designed in clusters as a higher efficient system to collect sewage water.  Through sewage treatment, the cleaning water will be redistributed to the branche system of hydro grid. The ultimate objective of this design is to archive an self-sustain site, as a pragmatic approach for landscape urbanism. 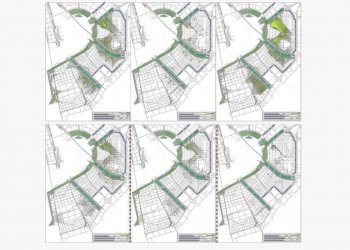 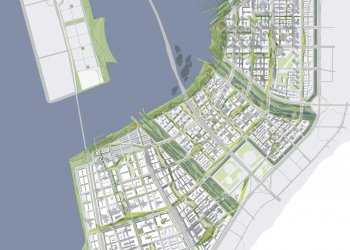 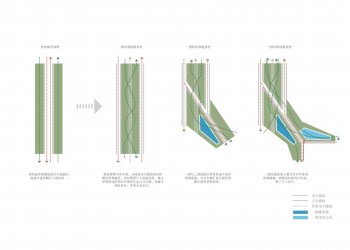 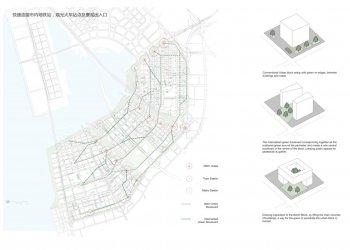 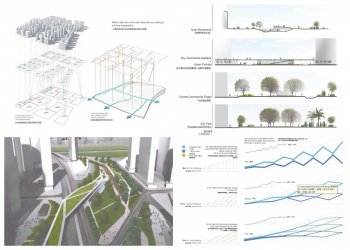