The extension of a hotel that draws attention to itself without disturbing the view of the prominent historical context and without dominating the existing whole.

The Hotel is located in a prominent position in the center of the city within an important historic context of liberty buildings. The project’s main task is therefore to design the extension without compromising the view from and towards important points of architectural and urban interest in the neighborhood of the Hotel. The new addition should not dominate historic surroundings.

At the same time, the project should be a visual continuation of the existing hotel with its fascinating rhythmic façade overlooking a promenade along the river and the thermal baths of the town. The volume of new room’s wing should not be read as a façade but as the surface of a pitched/inclined roof: the new intervention is separated from the existing through a small shadow gap, while a deliberately slightly-bent surface structures and breaks the volume and attracts at the same time the viewer’s gaze. The chosen material for the intervention is brass which repeats the material language of the surrounding liberty architecture as well as the interior of the existing Hotel. The new volume takes up the rhythm of the underlying existing façade and translates it into dormer-like glass structures that form balconies for the rooms. 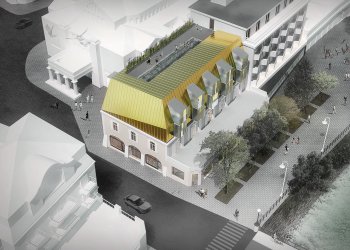 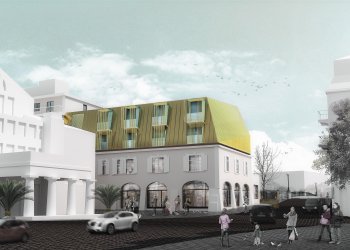 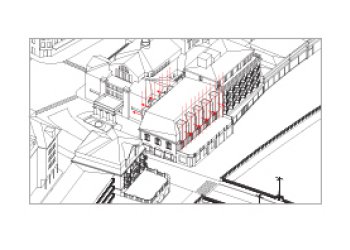 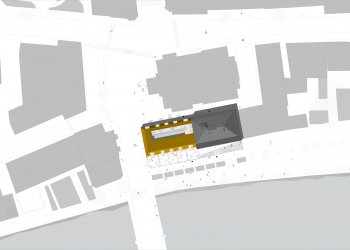 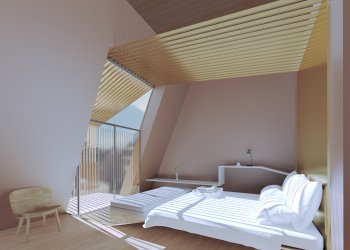 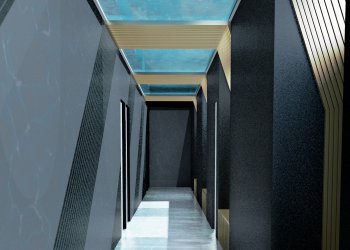 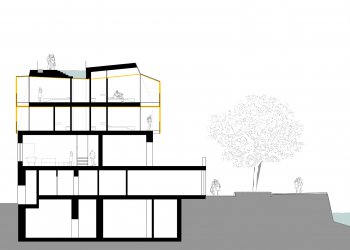 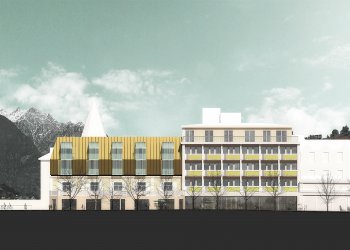 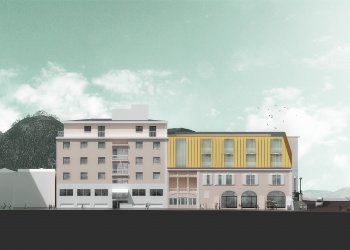