The existing site is presented as a fairly undifferentiated terrain with no apparent order. Yet upon closer inspection, this initial observation can be broken down into an overlapping and subsequent dissolution of several urban ideologies.

There are traces of a Victorian bourgeois suburban pattern offset by large scale state authority buildings. In the Seventies, the area was organised around a linear infrastructural spine consisting of a private street with a massive subterranean distribution channel running next to it. Both these structures are underused and their purpose of fostering an extension towards the south has been defied by the preparation for new suburban housing.

Plasma Studio developed a web of local relationships that inform the new masterplan in order to reestablish a genius loci from the ground up rather than placing objects on a blank slate. In this same vein, Plasma used the site's height deviation of 14m as a generator for the building strategy.

From the onset of design, the project evolved as a series of low linear buildings. In this way, Plasma avoids the construction of a single volume in favour of a pattern that follows the landscape. It provides for permeability and integration with the existing framework of flows, whilst maximizing the impact of natural phenomena such as wind, weather and seasonal changes between the artificially controlled lab and research environments. In broader terms, the outside world serves as a constant reference and arena for the purpose of research.

In the second phase, the need for a central entrance from which all spaces could be reached was introduced. Plasma's initial concept favoured quite the opposite: decentralizing the different institutes as individual volumes, separated by corridors of landscape. Rather than starting from scratch, Plasma Studio performed a series of operations that moved the strands closer together, enabling them to connect and overlap. This was followed by weaving, folding and interlocking buildings and landscape; inside and outside flow into each other whilst retaining the necessary differentiation between public, semi-public and secure circuits.

EXTERNAL KNITTING: BUILDINGS AND LANDSCAPE-At the ground floor level, the centre is accessed through a landscape of fingers that bifurcate and twist to form the main lobby's floor and roof.

INTERNAL KNITTING: THREADS AND NODES-The first floor level contains a connecting spine that runs perpendicular to the institutes and connects them. It is woven into the buildings and the external landscape in three dimensions. Inspired by genetics, Plasma Studio developed several techniques to increase complexity and relationships between the different strands and institute blocks. At the intersection of two buildings and the connector, knots appear. These become vital social recreation and exchange areas. Moreover, this fosters a crossover between the two different institutes that share one such area. 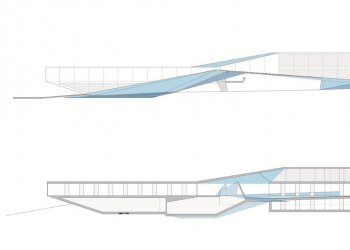 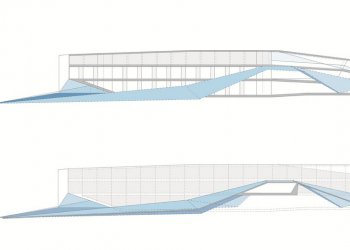 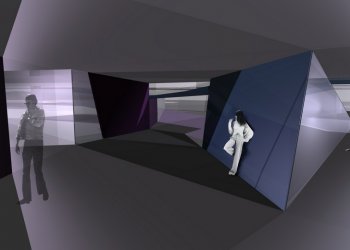 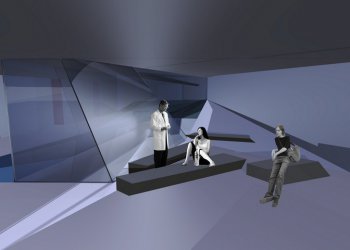 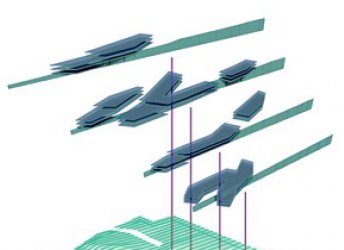 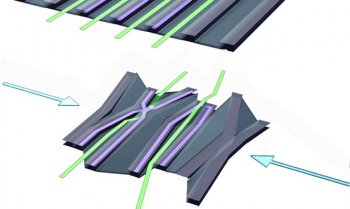 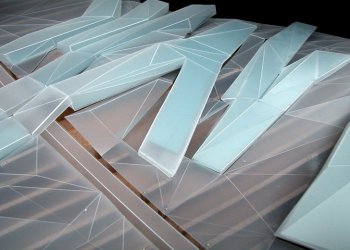 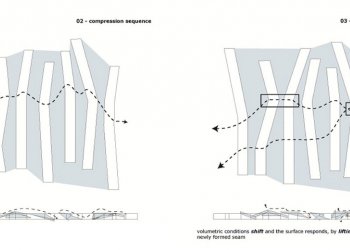 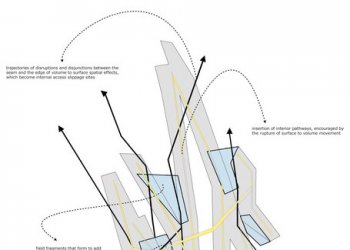 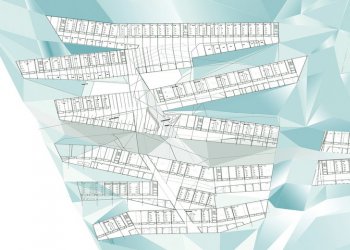 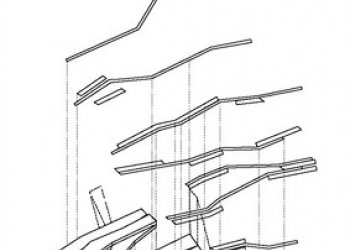