In order to foster the integration of this large and central area into the city of Brno, it was vital to combine connectivity with a vibrant mixed use program.

Achieving the same density as the traditional turn of the Century neighborhoods nearby yet giving a decisively green and recreational quality that will also cater to the city as a whole resulted in the concept of pedestrian access with strategically placed array of parking garages and the development of a good public transport system.

The organization of the new roads enables the area to be served efficiently by public transport so that busses can run in intervals of every few minutes, with walking distances of no more than 200m. These moves harness qualities that foster the appreciation of the area through three phases of implementation. The overall layout was determined by employing mostly the typology of regular linear residential blocks, establishing a differentiation between courtyards and more public linear green spaces. In order to ensure the full functionality of the different phases, in addition to a balance of both public and private investments to create a sustainable economical system, we defined for each phase a specific transportation strategy. This has been adapted to the peculiar characteristics of each time, with the intention of both connecting the specific development area or anchors as much as reinforcing or stabilizing the sites completed in the previous phases. 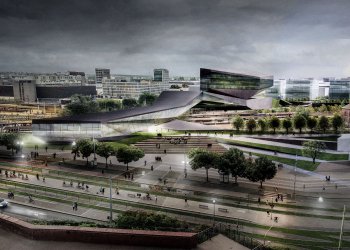 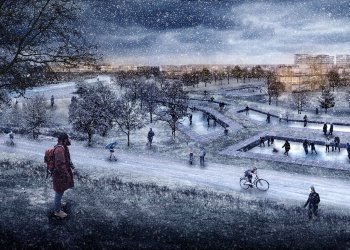 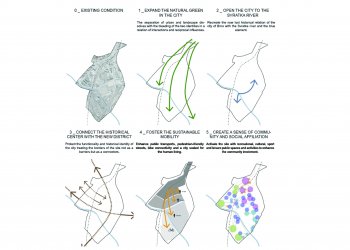 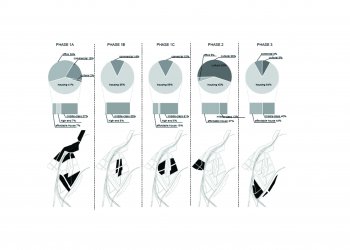 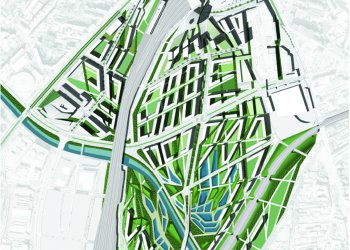 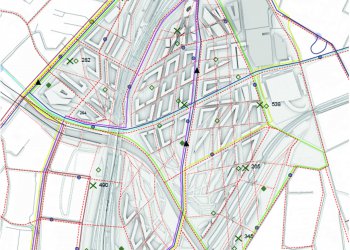 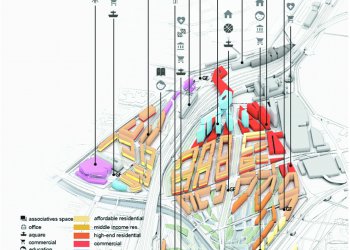 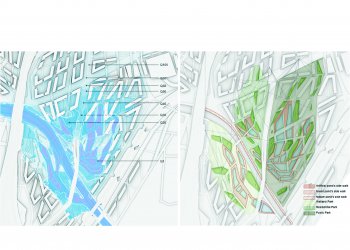 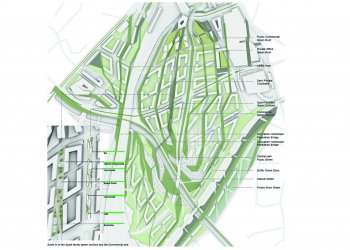 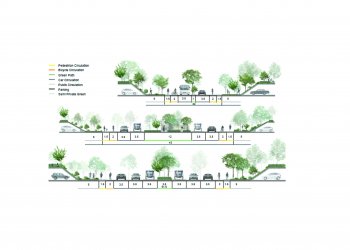 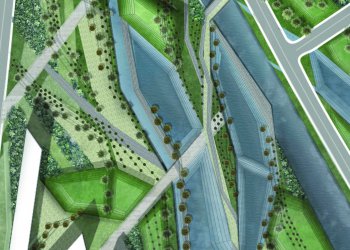 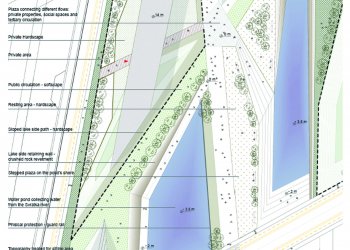 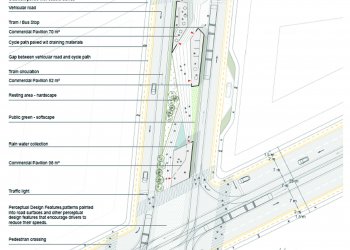 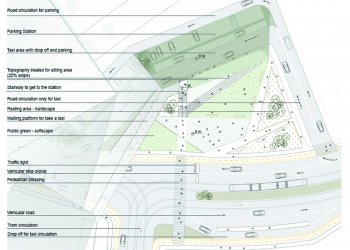 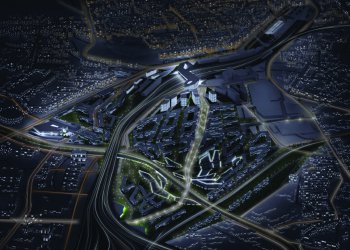 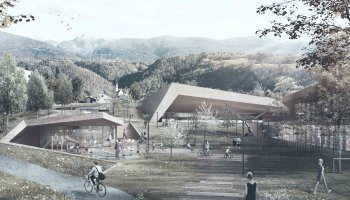