Plasma Studio project aims at proposing a woven strategy, where the urban proposal is punctuated by several instances with higher architectural resolution and within which the KFAS headquarters and the conference center are understood as two attractor poles, pulling and articulating pedestrian flows in between.

The urban design concept is based on recomposing and connecting, whilst fostering key moments from within which future growth can occur.  We conceptualize this urban fabric as a tissue in need of further material definition to generate a strong identity; its own character informed by both, the architectural instances (de)marking places on the one hand and the movement of pedestrians, which in due time will lend itself to additional activities and further intensification of the area.

The KFAS Headquarters is formed by three basic elements; a plinth, a vertical block/tower and a 0 level plaza.
The plinth forms by decreasing its height and giving space to the neighboring building, whilst lifting its northeast corner to mark its presence more fully in the plot. Instead, toward the southeast it folds down to gently welcome users, inviting to ascend toward its top surface and reach the viewing plaza, where an unobstructed vista opens toward the entire gulf area.
The two volumes of the tower are sharp edged and connected by a central void that runs throughout the entire building providing ventilation, light and a variety of spaces for social gathering and relaxation within the offices setup.
This plaza is one of the larger open space instances we propose with the urban proposal to generate a system of shaded spaces able to invite pedestrian movement within the area.
The Conference Centre likewise the headquarters, is composed also of a plinth – acting as an urban plaza, an overhanging volume and the floating auditorium.
We have purposely played the auditorium’s duality by being formally a very articulated volume, yet austere in the choice of its rendered surfaces; heavy in its all around concrete presence, yet (and even the more) magical in its floaty appearance; single, self-standing and defining singularity, yet malleable in its connective capacity throughout the building. 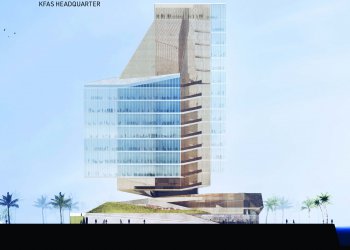 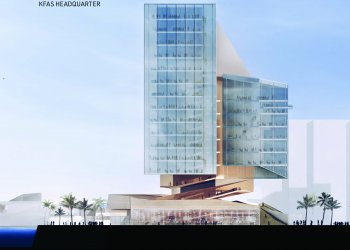 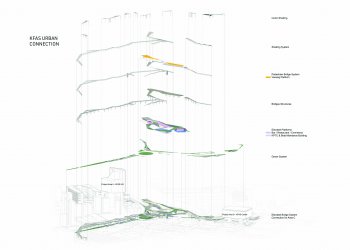 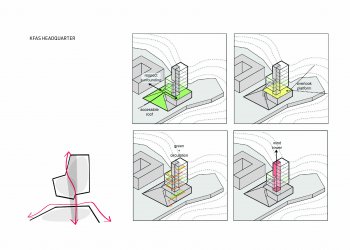 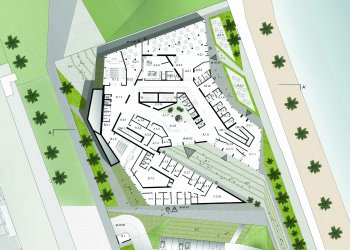 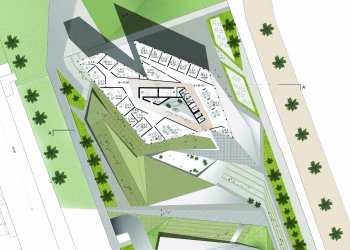 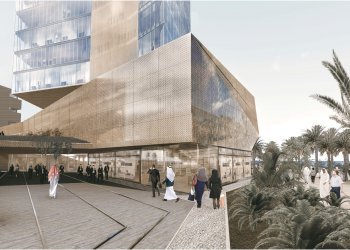 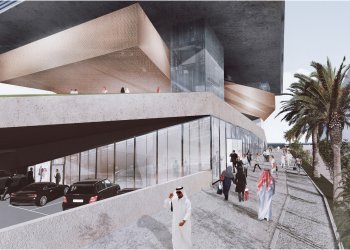 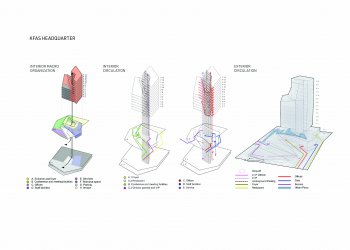 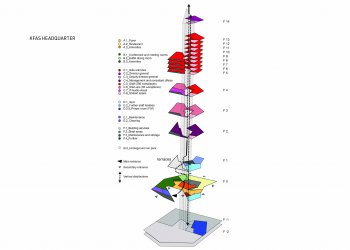 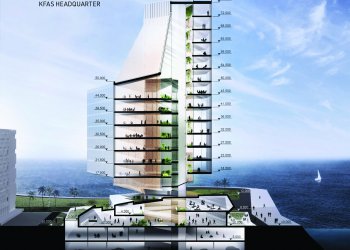 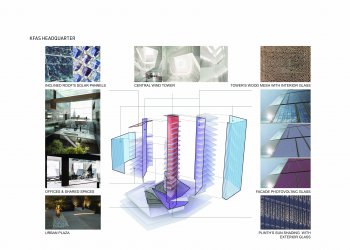 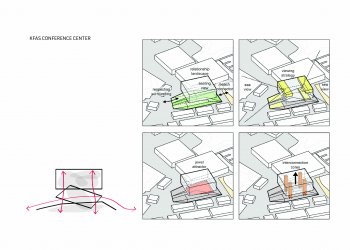 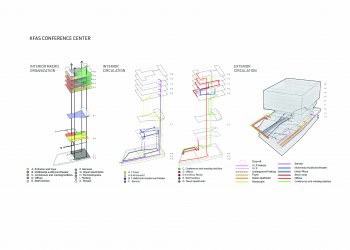 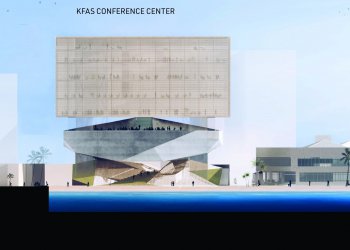 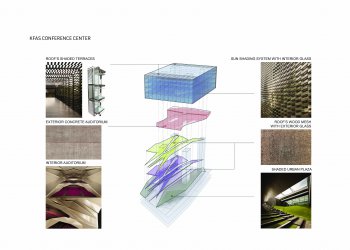 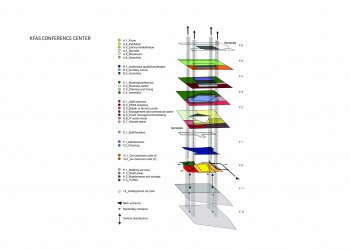 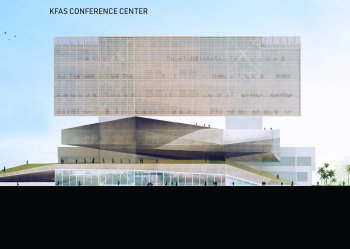 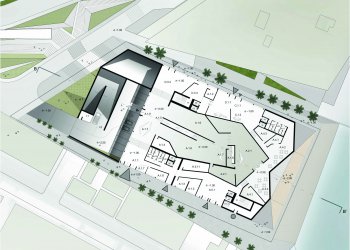 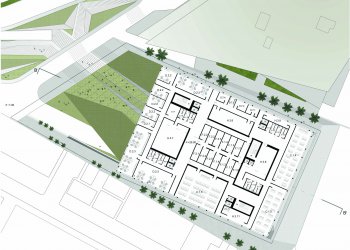 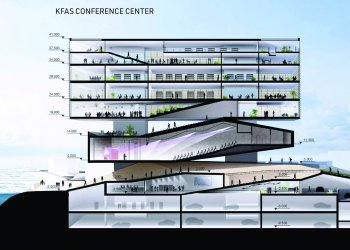